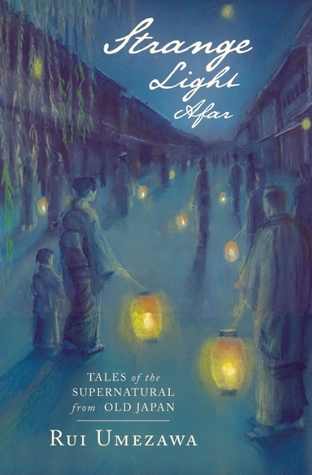 Strange Light Afar is a collection of eight retold Japanese supernatural folktales. If you have even a middling interest in mythology and folktales, it’s very likely you’ll know most of these stories. Umezawa didn’t stray off the well-worn path; he chose familiar folklore to retell. The story “Paradise” is based on the very famous Japanese folktale of Urashima Taro, who came to realize that several days spent in an underwater splendor means several decades above seawater.

In fact, you’ll probably find that some of these tales mimic your own national folklore. Quite a few mirror Indonesian myths and legends. “Snow” in Strange Light Afar is similar to the creation myth of Lake Toba in Sumatra. “Captive” and the story of Jaka Tarub from East Java share close relations.

As I mentioned in my previous post, Strange Light Afar is published by Groundwood Books, the children’s books imprint of Canadian publisher House of Anansi Press. It is packaged as a middle grade book with large font and illustrations. Strange Light Afar is a short book, as each of the eight stories never exceed twenty pages. The prose is spare and simple, as befits a book meant for younger readers. But the themes within can be a little too lurid for the young. There’s addiction, murder, horror, alcoholism, and sexuality within these pages. Not always explicit, sometimes just hinted. But still, it made me wonder about the exact age range the book is marketed towards.

I enjoyed Strange Light Afar, but I didn’t love it. What held it up were the glimmers of gently beautiful prose. The writing may be simple, but interspersed with descriptions of nature and metaphors that were exquisite. I wanted more of that beautiful writing as it wasn’t continuously pronounced. Since Strange Light Afar is marketed as a children’s book, I understand why Umezawa had to hold back. I don’t think little kiddies appreciate mellifluous prose the way older readers do.

Sadly, Strange Light Afar simply wasn’t memorable. I had to think hard to remember all the stories only two days after finishing the book. The retellings didn’t offer anything new. At first, I had chalked up the macabre themes in these tales to the source material rather than authorial intent, as original folktales and fairy tales tend to be grim and sinister. And since I thought Umezawa’s retellings were straightforward, I assumed the dark themes were simply part of the package. So imagine my surprise when I read the author’s afterword. Umezawa’s intention with Strange Light Afar is to imbue flat folktale characters with motives and depth of characterization.

Despite Umezawa’s best efforts, the results aren’t stellar. Umezawa does a better job when writing in the first person POV. He is particularly good at writing characters who delude themselves into thinking they are paragons of virtue when they are really villains. More despicable (and hilarious) for their delusions, even. But when he writes in the third person POV, the characters still feel two-dimensional. I tried to search, but I couldn’t find the depth of characterization he talked about. Mostly, I blame such failings on the medium of short stories he worked with. It’s hard to flesh out and develop a well-rounded character within the span of twenty pages, especially when you have to get on with an established plot as well. I think the collection would have worked better if he picked maybe three folktales to work with and developed the characters for those three stories. 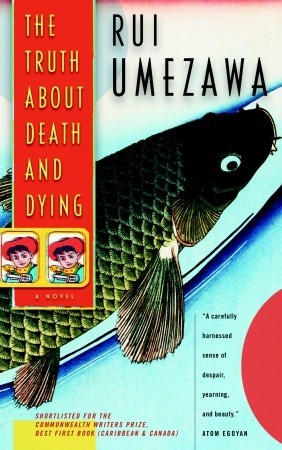 Or perhaps his stress on characterization will manifest itself better given the canvas of a novel, where you have the necessary space to flesh out your protagonists. Umezawa has indeed written a novel titled The Truth About Death and Dying. I may not have loved Strange Light Afar, but I enjoyed the flickers of lovely prose. I might give The Truth About Death and Dying a chance if I were to cross paths with it.