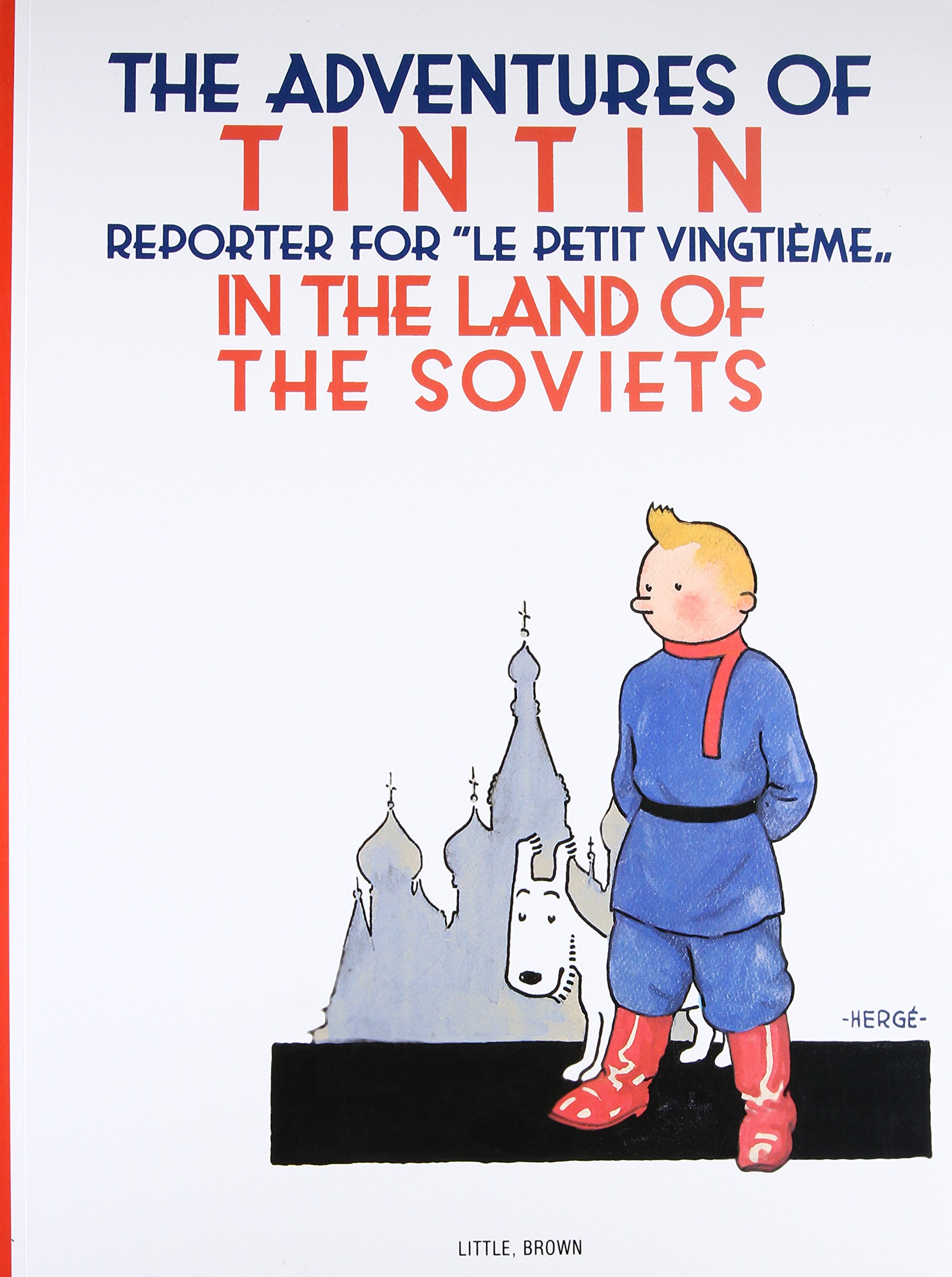 I was surprised to have found Tintin in the Land of the Soviets in my Tintin collection as I don’t remember having bought it. Most probably I found it lying in a bookshop one day and thought to myself, ‘Might as well complete the collection…’ then shelved it and never gave another thought to it. Reading Tintin in the Land of the Soviets is a shock: the plot is disjointed and the artwork is awful.

Hergé’s signature ligne claire (clear line) style may not be for everyone but from childhood I have always loved the simultaneous simplicity and attention to detail in The Adventures of Tintin. The artwork in Tintin in the Land of the Soviets, however, is coarse and the body proportions are all wrong. In one panel, Tintin’s head and body looked like a plum attached to a watermelon.

I’m having a foggy time with the plot as it is forgettable and lacks cohesion. And I’m too lazy to flick through the comic again. Ask me to reread The Seven Crystal Balls or Destination Moon and I would gladly do so. But Tintin in the Land of the Soviets again? No thanks.

But it’s not a proper book review without a blurb. Basically, Tintin is a reporter send to Moscow to investigate the atrocities there. Every Russian he meets are evil bumbling agents who tries to kill him. Thus, Tintin gets in a deadly situation and gets out of it every five pages (maybe even less). These situations involve a lot of slapstick. I cringed watching a banana peel skit, the clichéd granddaddy of all slapstick. I know Tintin in the Land of the Soviets was written between 1929 and 1930, so the banana peel joke was likely funny back then but to a modern eye it just induces eye rolls.

One small detail I noticed is that the Tintin of Tintin in the Land of the Soviets is less heroic that his future counterpart. From what I remember, Tintin never deviated from being a perfectly good Boy Scout. But in this first adventure, he actively injures an innocent man then mocks him. Yet another sign, it would seem, that Hergé had not known what to do with this would-be iconic character.

Because Tintin in the Land of the Soviets was commissioned by a politically right-wing Belgian newspaper, it was always intended to be an anti-Marxist, anti-communist propaganda. There were two obvious scenes of this nature in the graphic novel. One, when an officer is giving bread to the poor, but only to those who would admit to being a Communist. Two, when party officers rigged a vote by threatening to shoot dead anyone who does not identify as a Communist. These scenes are heavy-handed yet quite sad. Knowing they are meant as propaganda, however, colored the credibility of such panels. I don’t doubt that starvation and other terrible things happened in the Soviet Union but the way it was done, this comic might as well be retitled Tintin and Those Evil Communists.

Now, my main problem is getting past Tintin in the Congo. I am dreading the experience of rereading and reviewing Tintin in the Congo as it is unanimously agreed to be the worst Tintin adventure, especially considering the criticism of overt racist and imperialist views. But the larger part of me would rather read it as soon as possible to get the pain over with so expect a review on Tintin in the Congo sooner rather than later.